I was diagnosed in December 2005 with Wegener’s Granulomatosis Vasculitis after being very ill for quite a while. After a three month stint in three different hospitals I was sent home to a very unsure, unpredictable and largely unknown future. We looked up this disease on the internet and got all sorts of scary dramatic stories but eventually found the Vasculitis Foundation. These people gave us lots of useful information about the disease, treatments, other people’s stories and up to date research. They send out a bi-monthly magazine with lots of useful information and contact details.

Although all the consultants I regularly attend, (Rheumatology, Nephrology, ENT), said they knew of other Wegener’s patients, I never met someone else with the same disease. Both my family and myself found this quite isolating, because not only were we dealing with an  unpredictable disease, but it was difficult to explain about it to others, (sometimes we felt like people thought we were making it up as we went along!).

Then the Vasculitis Foundation decided to hold their first European Symposium in Cambridge in September 2008. My husband and I were excited at the prospect of meeting other people who knew what we were experiencing, and to learn from consultants who specialised in the treatment of Vasculitis.  I had not anticipated my reaction to meeting someone else face to face, who was coping with Wegener’s, it was like someone held a mirror up and I could not escape it. I could see someone else as I seemed to others and it was quite a shock. Fortunately, we met many lovely supportive people there, and unbelievably we spent two very enjoyable evenings sharing our experiences in a humorous way, some of us still keep in touch by email. The information sessions were very good too, giving good practical advice on how to manage the disease, treatments and new research being carried out in Europe and America.

On one evening, I met Brian who was there with his daughter. Someone had recognised our accents as being similar and assumed we knew each other. Brian came over to us and we exchanged contact details. We kept in touch by email initially and it was great to talk to him. He had already been in touch with another man from Northern Ireland, and we all met for lunch one afternoon in Hillsborough. It was so good to talk and hear other people’s experiences.

I began to think that there must be other people who were in a similar position to us and that maybe there was a support group somewhere in all of Ireland. I began gathering information, contacting the Vasculitis Foundation, The Stuart Strange Foundation, and Conleith Feigherty, Immunology Department, St. James’ Hospital, Dublin who published a very good booklet on Wegener’s Granulomatosis Vasculitis, and basically anywhere I thought that might know of the existence of such a group. There was none, so I decided to start the ball rolling.

My husband and two eldest sons decided to raise money to help fund setting up the support group. So in July 2010, they took part in the Maracycle, cycling 210 miles from Belfast to Dublin and back again, and in August they handed me a total of £220. On September the 4th 2010 we had our first meeting and although we are few in number compared to other groups, we are making a difference. We have been contacted by patients and their families, and interested consultants and specialist nurses from all over Ireland.

We try to hold meetings every three months, have a facebook page, have a contact number when someone needs to talk, and have had the odd newsletter. We send emails and letters re updates in Vasculitis care or local support events as they occur. This can be difficult as we are all  volunteers who are affected by Vasculitis and sometimes our symptoms take over. Since 2011, we have held annual All Ireland Conferences in Dublin, where we get a chance to meet others living with the same issues, have discussions with Vasculitis specialists and learn more about how to live well with Vasculitis. This usually takes place in October/November, so keep an eye on our Facebook page for details of forthcoming ones.

We could always do with help if you want to become involved, practical help, raising awareness and help in research. We need to keep this group going so that no one is isolated with this diagnosis and we improve management of these diseases. 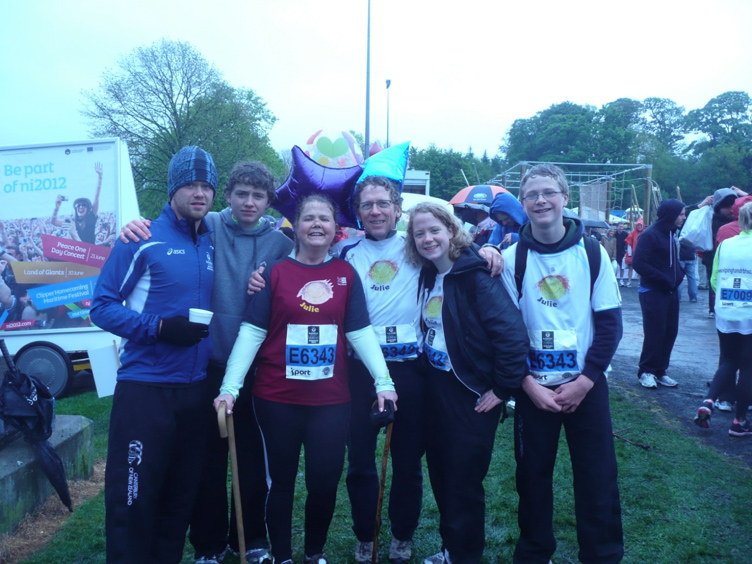